Nick Pope has been called up to Senior England Squad for the First time!

The Burnley Goalkeeper has had a fantastic season after stepping in to replace the injured Tom Heaton. At the time of writing Burnley are 7th in the Premier League.

The Question is would you give Nick Pope game time in the two Friendlies against Holland and Italy?

Look forward to reading your comments! 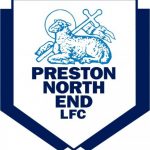