What is your background?

I am originally from Kingston, New York, the first capital of New York State before british forces burnt it down in 1777J  The area I grew up in preferred American football to real football so I traveled a lot during my younger years to find coaching and playing opportunities.

What got you into coaching?

During my senior year of high school, I tore several ligaments in my knee on artificial turf.  After several surgeries, including a reconstructive one, I attempted to play in college but after red shirting a year and playing my sophomore year, I made the decision to move into coaching.

What is your coaching philosophy?

My coaching philosophy tends to adjust depending on the age and skill levels of the keepers that I am working with.  For younger keepers I focus on technical aspects of the position and introductory tactical elements.  As the keepers age, I move into more small sided, game oriented aspects with technical aspects thrown in.

Who has been a mentor to your through your coaching career?  Is there a coach who impacted you to get into coaching?

There are two things that encouraged me to go into coaching.  One was, as I mentioned above, when growing up there was very little in terms of soccer coaching where I lived.  I wanted to have a part in changing that try to give something to player behind me so they could have opportunities that I didn’t have.  Another was a gentleman by the name of Keith Van Eron.  Keith played goalkeeper in both the original North American Soccer League (NASL) and then in the Major Indoor Soccer League (MISL).  I met Keith when I took up goalkeeping around 15 and attended one of his soccer camps.  We immediately connected and he offered me the opportunity to work at his camps in the Baltimore, Maryland area during the summers throughout both my high school and college years.  The other mentor and role model for me was my college coach, George Vizvary.  Viz played with the great Hungary teams in the 1950’s and during the war fled to the United States and ended up in upstate New York at a local community college by my hometown.  My folks would bring me to their games all the time and eventually I became a ball boy for the team.  It was a well-kept secret that Coach would bring in players from around the world to play at Ulster with many going onto great careers both professionally as a player and in coaching.  One such player is Tom Byer who is currently revolutionizing the Asian soccer scene.  Anyways back to Viz.  When I destroyed by knee and ruined my career, my college scholarships also de-materialized, Coach provided me the opportunity to not only make the comeback to play college but believed in me enough to place me as the number 1 keeper.

Do you feel that the role and importance of a goalkeeper coach has been fully realized in the coaching community?

I believe it is still developing.  Has it gotten better? Yes, but there is still a way to go.  We have a lot of field coaches that think they can coach any position and neglect the goalkeeper.  The coaching organizations here seem to be giving away the goalkeeping diplomas to anyone who pays the fee and now there are a lot of people saying they have this diploma or that diploma without much other experience than the piece of paper.  This has result is a bit of demeaning the goalkeeper coach position. The result is dreadful when I go recruit and see some of the players that are attempting to continue their careers into the collegiate level.

Looking back, how have you seen your coaching develop from when you first started to now?

When I first started, I didn’t have much to learn from so I was making discoveries as I was coaching.  Over the last 20 years, with social media, the internet, opportunities to self-educate and develop have become immense.  I can only imagine what kind of coach I would be now if those opportunities existed when I began my coaching career.

How do you design your training sessions?

During the season, I use feedback from the coaching staff, players and my own observations to either work on areas of weakness or re-inforce certain objectives.  Off-season and pre-season I build and develop a plan in advance of what I want to work on and what objectives I want to achieve and track them accordingly.

How do you motivate your keepers behind your first string to ensure competition for the position?

We are very clear with our current keepers and our incoming freshman that no one’s job/role is safe.  There is an opportunity to play, but it must be won.  In doing so, you, as a coach, must be willing to commit to make a change in the starting role if necessary and we have on occasion.  Without this commitment to make the tough decision by the coach, you cannot expect the commitment by the player’s to fight for playing time day in and day out.  I also evaluate their performance in training, scrimmages and matches and provide regular feedback on all areas of their game.

What is your ultimate coaching goal?

I am happy with my coaching now.  I like the ability to watch the keeper grow over the course of my 4 years with her.  One day it would be great to coach at the professional level.

Any advice for young goalkeeper coaches just entering their careers?

Become involved as soon as possible.  Don’t be afraid to take on opportunities and risks.  Don’t be afraid of opportunities to coach players older than yourself. Don’t only limit yourself to solely coaching goalkeepers, take on opportunities to develop yourself with a well-rounded background or coaching both keepers and field players.  Head coaches need to keep comfortable leaving their players in your hands when necessary. Treat coaching as a journey, don’t try to get to the top too quickly, there is plenty of time and once you are there your previous experience will sustain your ability to stay there for some time.

If you weren’t a goalkeeper coach, what do you think you would be?

There are not a lot of full-time coaching jobs here in the State’s that can provide financially for a person with a family.  I currently work full-time for the State as part of a 5 person team handling a $95 million dollar operation so provide services for those who are less fortunate.  Prior to this, I worked as Chief of Staff to a Politician.  I would probably be doing what I am doing now. 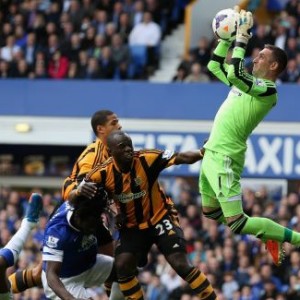